Hands down the most helpful information I have sourced on publishing and even creative writing itself has been through Twitter.   I opened an account years ago just to check it out and then ignored it for a good five years because my life got really complicated.  In a six month stretch I had a baby, my husband was laid-off from his job, my career took off in an unexpected way so I was a bit distracted for a few years.  When I decided to take writing seriously again I found my way to Twitter through a random blog I was ready and BAM!  The info dump began.

If you’ve read some of my other posts you’ll know that it was through a Twitter pitch contest, PitchWars that I realized my finished manuscript needed some serious work and that I was not prepared to publish.  I began to follow editors, agents, and fellow authors on Twitter and the information kept flowing. I did an online workshop From Pitch to Published and finally learned what my MS needed and it was through yet another pitch contest that I realized my MS did not have what it takes to attract an agent and eventually trunked it to concentrate on new work I was far more excited about.

My engagement on Twitter has helped to demystify the process of querying and has given me a far better understanding of the publishing industry.  So, Yay Twitter!  Right?  Yes, with a few caveats.

1. Just like anywhere on this planet, there are people on Twitter looking to make money off you by offering you products and services you do not need.  If you’re a writer you really need to pay attention since there are a wealth of really great offerings and among them, some iffy ones. Research is your friend here.  I found a great workshop on Twitter, but there’s others out there that are squiffy. Make like Sherlock. 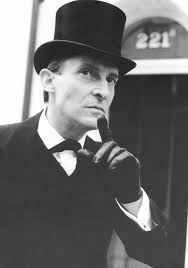 That’s Jeremy Brett, Baby. Cumberbatch wishes he was this awesome

2. Twitstorms:  Holy Toledo is Twitter filled with some rage.  It’s the ‘car effect’ – you know when you’re in your car and someone cuts you off and you let loose a stream of curses against them, their house, their dog because the physical isolation let’s you forget their humanity?  Twitter (and elsewhere online) allows you to have a degree of anonymity and just enough distance from your target to bring out the worst in you.  There is a person on the other end of that post or that comment.  Do not engage unless you can remember that.  Your shouty rants can be seen, screen captured, and live for eternity.  They can also end your career.  The thing about Twitstorms?  They get out of hand quickly so protect yourself.  When someone gets all up in your face, walk away.  Do not engage.  Seriously.  And if someone needs it – block them!  I actually had to do this just once when a gentleman did not care for my reply on someone else’s Tweet. He was rather…unpleasant so I blocked him. 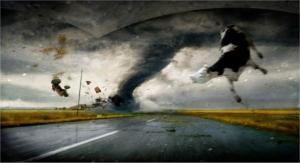 3. Scam/spam/phishing:  Use the same common sense you use elsewhere online.  Never give out personal info, guard your passwords, don’t click on links from unknown sources.  Really.  That is baaaad news. 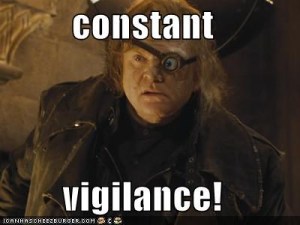 4. Friends and Followers:  First of all, follow you you find interesting, follow fellow authors, follow editors and agents and publishers you’d like to work with and do not freak out if you have too few followers.  Unless you write non-fiction a potential agent doesn’t care how many followers you have on Twitter.  Use it as a tool, a source of entertainment, and when you have a readership as a way to connect with them.  That being said, there are programs out there that help you manage your followers if you’d like to obsess about that. I like Friend Or Follow.  It’s free and if you want to see who unfollowed you it’s an easy way to do that.   As a general rule when someone follows you, check out their profile and if they seem to be someone you might like hearing the thoughts of, follow them back.  If not, you can ignore them entirely or tweet to them to say thanks for the follow.     If you find someone you follow interesting 90% of the time then they start live Tweeting episodes of the Bachelor or something equally heinous – you do not need to unfollow.  You can Mute them instead.  Then unmute them when you think the coast is clear. 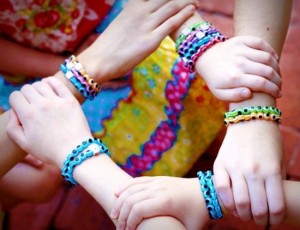 5. Politics:  I like politics. I love to debate.  I am also pretty dang opinionated and I can get downright fiery.  But, even I am astonished by Twitter’s ability to get uppity about polarizing topics.   Twitter is both reactionary and self-righteous in it’s anger and no subject is too petty.  Doesn’t matter what side of the issue you are on, there’s bound to be some shouting.  People assume the absolute worst about every comment made, every person speaking.  The hate that is then spewed at that person for making that comment is then extreme.   Tread lightly, friend.  I’m not saying keep your opinions to yourself. I would have an aneurysm if I tried, but go with care knowing that the Twitterverse is ready to misinterpret, misunderstand, and take offence.   As Facebook is often conservative in it’s overall tone, Twitter is often progressive, but both are shrill and often one-dimensional.   Facebook can be an ech0-chamber if your friend group is not diverse and that’s where Twitter differs.  Sure you can follow like-minded folks only, but your tweet can be see by anyone so you’ll get comments from anyone – no privacy settings to save you.  I’ve waded into these choppy waters cautiously because I feel strongly about having constructive conversations with fellow citizens I don’t agree with.  I encourage you to do the same, but again – cautiously. 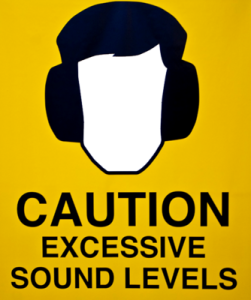 All that being said, if you’re an author looking for representation or just looking to better understand the industry – get on Twitter!  Go now!  And upload a picture when you get there – don’t be an egghead.  🙂

Sound off in the comments:  Who do you follow and why?  Have you been caught up in a Twitstorm?  What’s your best advice for a newbie?